Sermon for the First Sunday after Christmas - Isa 11:1-5

Posted by Surburg's blog at 5:02 AM No comments: 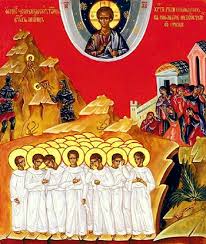 Posted by Surburg's blog at 8:02 AM No comments: 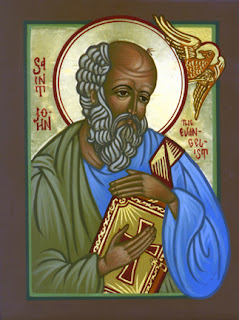 Mark's thoughts: What Jesus does not mean for us 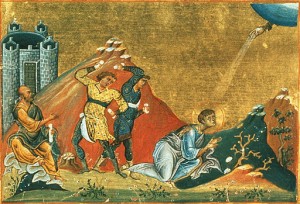 The month of December spans the seasons of Advent and Christmas.  This means that it is a time of anticipation, excitement and joy.  During the four weeks of Advent we prepare to celebrate our Lord’s first coming, and also think about His promised second coming.  Anticipation and excitement about Christmas builds.  Then the celebration of Christmas begins on Christmas Eve.  For twelve days the Church celebrates the joy of the birth of our Savior, Jesus Christ.

In the midst of all the hoopla that surrounds Christmas during December, it can be easy to lose sight of the reality that still confronts us as sinners living in a fallen world.  However the last week of December – and indeed the days of Christmastide itself – contain reminders that immediately prompt us to reflect upon what Jesus does and does not mean for us.

The first is the Feast of St. Stephen, Martyr on Dec. 26.  The first day after Christmas we hear about the Church’s first martyr.  Acts chapter seven tells us:


Then they cast him out of the city and stoned him. And the witnesses laid down their garments at the feet of a young man named Saul. And as they were stoning Stephen, he called out, "Lord Jesus, receive my spirit." And falling to his knees he cried out with a loud voice, "Lord, do not hold this sin against them." And when he had said this, he fell asleep. (Acts 7:58-60)

The Son of God born in Bethlehem brings forgiveness and salvation.  But this does not mean popularity and ease for His Church.  Instead it often brings the cross of persecution as the world rejects the Savior.

Next, on Dec. 28, there is the Feast of the Holy Innocents, Martyrs.  Matthew reports:


Then Herod, when he saw that he had been tricked by the wise men, became furious, and he sent and killed all the male children in Bethlehem and in all that region who were two years old or under, according to the time that he had ascertained from the wise men. Then was fulfilled what was spoken by the prophet Jeremiah: "A voice was heard in Ramah, weeping and loud lamentation, Rachel weeping for her children; she refused to be comforted, because they are no more." (Matthew 2:16-18)

Jealous to preserve his power, Herod the Great has the little boys in the vicinity of Bethlehem slaughtered.  It is an event that reminds us of the seemingly random tragedies that plague our world.  The Messiah of the descendants of Israel is born, and yet His birth causes death among the people He came to save.  Jesus the Christ brings forgiveness and salvation. But this does not mean the end of heartbreaking tragedy.

God’s Word does not say otherwise.  But it does say that God has worked through events of suffering to achieve His saving purpose, and therefore we know that we can continue to trust Him when we see circumstances we don’t understand.  Matthew quotes the words of Jeremiah 31:15 about Rachel’s weeping. Yet this verse is the only note of sadness in a chapter filled with hope – a chapter that ends with the promise of the new covenant that God will make as He forgives sins (Jeremiah 31:31-34).  This is the salvation that God was at work to accomplish, even in the midst of the death and tragedy of this world.

The birth of Jesus Christ did not mean the end of sin, tragedy and death.  It did not mean this in the first century A.D., and it does not mean this now.  However, the child born in Bethlehem grew to be a man who was nailed to a cross.  He died for our sins, and then rose from the dead on the third day.  The Son of God Himself passed through suffering and death in order to give us forgiveness and life.  Having seen this, we can trust that God is with us and at work in the present … just as He was even in the midst of Herod the Great’s evil deed.  And because of Jesus Christ’s resurrection, we know that the final victory will be received on the Last Day by St. Stephen, the Holy Innocents, and all of God’s people.

Posted by Surburg's blog at 8:25 AM No comments: