Mark's thoughts: No gowns at Confirmation this year 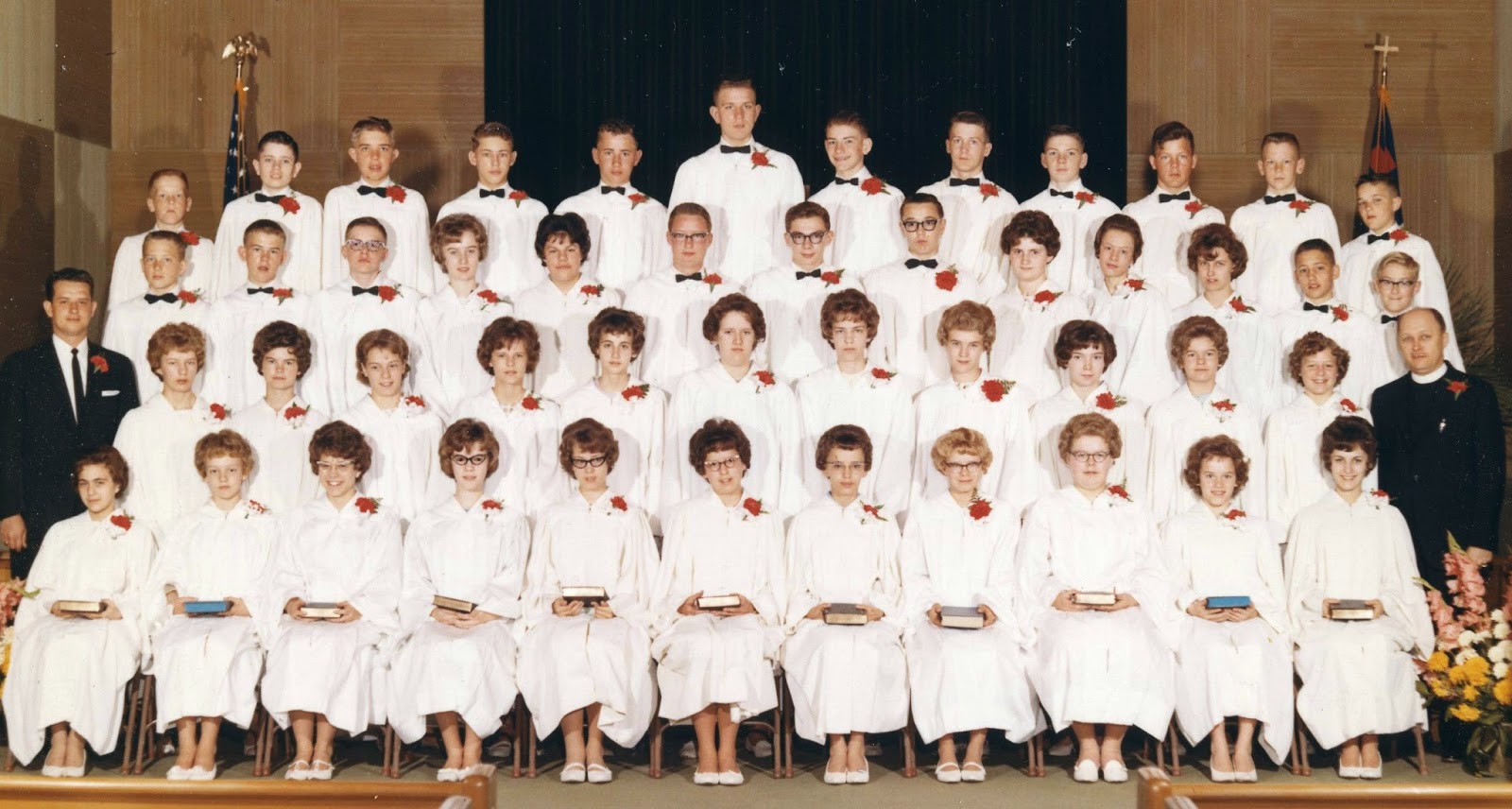 If I told you that this Sunday there was going to be a group of people sitting together at the front of church wearing white gowns, what would be your guess in identifying them?  Most likely you would guess that they were confirmands and that it was Confirmation Sunday.  In the present setting of the Lutheran Church your guess would almost certainly be correct.  At the same time, that correct identification says a great deal about the piety and life of our Church today.

If you had asked that question of someone in North Africa or Italy in the fourth or fifth century A.D., the answer would have been quite different.  They would have correctly guessed that those in white gowns were the Christians who had just been baptized at the Vigil of Easter.  As they came up from the water of the baptismal font (something that was deep enough for them to enter the water up to their waist) they were clothed with a white gown.  This gown was meant to recall the apostle Paul’s words to the Galatians: “For as many of you as were baptized into Christ have put on Christ” (3:27).  The newly baptized Christians wore their white gowns and sat together in services during the first week of Easter (the octave).

We see a remnant of this practice in the white chrism gown that is placed on a baby after he or she is baptized.  While the directions in the Lutheran Service Book Agenda simply say, “The pastor may place a white garment on the newly baptized,” we tend to assume that this only true of infants.  I don’t believe that I have ever seen an adult baptism in the Lutheran Church where the individual was clothed with a white gown after baptism.  I dare say that people would find this very odd.  They would probably say that it wasn’t “Lutheran.”  They might even call it “Baptist” since in that tradition individuals are known to wear white gowns for their baptism by immersion.

We don’t clothe non-infants in white gowns at Holy Baptism.  We do clothe non-infants in white gowns at Confirmation. We surround Confirmation in ceremonial that we are unwilling to apply to Holy Baptism.  Now I certainly wouldn’t go so far as to say that we act like we think Confirmation is more important than Baptism.  But if I didn’t know better based on what we claim to confess, I might wonder.  Which one is treated as a bigger event, a baptism or a confirmation?  It is common for Lutherans to have Confirmation parties or receptions to which friends, family and congregation members are invited. When was the last time you attended a similar Baptism party or reception?

This is surprising because, of course, theologically Confirmation is nothing.  It wasn’t instituted by Christ.  He didn’t command His Church to do it.  It has no divine promise of forgiveness or any other blessing. To be sure, we can think up good things that can be associated with it.  It is an occasion to acknowledge and give thanks that the Lord’s mandate of making disciples by baptizing and teaching has been carried out.  It is an opportunity for young people to confess the faith (though are we saying that somehow this is more “real” or important than when they confessed the Nicene Creed the previous Sunday?).  It is an occasion to pray for God’s blessing upon them.

These are nice things.  But do they really merit the kind of focus that the Lutheran Church in her piety today places upon Confirmation?  And there is another question that we need to ask as well.  Do we really want to pile this much focus and ceremonial upon a terminal event in catechesis?  Confirmation is the final event that concludes “Confirmation instruction” (catechesis).  By definition, when you are confirmed you are done being instructed.  You are finished.  In most settings it is the occasion when a young person receives the Sacrament of the Altar for the first time.  This too conveys the impression that the youth is done being instructed.  The goal has been reached and he or she is done.

Gowns at Confirmation are not simply ceremonial that conveys significance to the Rite of Confirmation.  They also bear a powerful cultural association: graduation.  The other times when people where gowns (usually of the same style) is graduation from high school and college (and increasingly, middle school).  If the goal is to send the message that Confirmation means the youth is done with learning about the faith (or worse yet, done having to spend time at church), having them wear gowns that resemble graduation gowns is a good idea.

Naturally this is not what we are trying to accomplish. And so this year the Rite of Confirmation at Good Shepherd will not include the use of confirmation gowns.  For reasons described above, this is an intentional attempt to de-emphasize Confirmation.  Instead we want to emphasize something that does have Christ’s institution, command and promise: the Sacrament of the Altar.  We want to focus more attention on when children receive the Sacramentfor the first time as we make use of the Rite of First Communion prior to Confirmation.  This is an event the follows after catechesis, but also leads into further catechesis.

We do not want to do things that focus attention on a terminal event in catechesis. We don’t want to send the message that a youth is finished. We certainly don’t want to make use of something that has the associations of graduation.

Most congregations make use of confirmation gowns.  However, not all do.  I have been interested to learn from other pastors that they have already taken the step of discontinuing their use for the reasons discussed here.  Confirmation has had a long, and to be quite honest, a bizarre history in the Church.  Something that today many consider to be an important part of “Lutheran” life is in fact a practice that Luther and Lutherans centered around Wittenberg did not use at all.  Many of the things that people today consider to be important parts of Confirmation did not arise until the eighteenth century under the influence of Rationalism that proved so harmful to the Lutheran Church.  There is a need to examine what our practice of Confirmation has become, how it functions in our church and how this relates to what we confess as Lutherans.