Sermon for the Feast of the Ascension of Our Lord 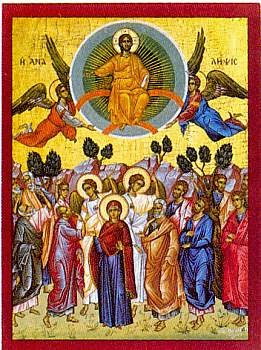 Today is The Feast of the Ascension of Our Lord. Forty days after His resurrection, Jesus Christ ascended into heaven and exalted as our incarnate Lord He took His place at the right hand of God.

Posted by Surburg's blog at 6:51 AM No comments:

Sermon for the Sixth Sunday of Easter - Rogate