Sermon for the Eleventh Sunday after Trinity

Feast of the Martrydom of St. John the Baptist 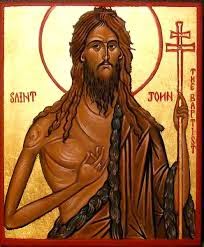 Commemoration of Augustine of Hippo, Pastor and Theologian 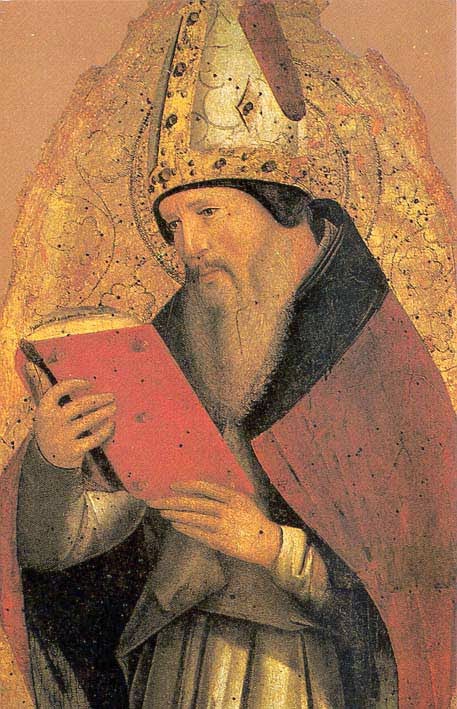 Today we remember and give thanks for Augustine of Hippo, Pastor and Theologian.  Augustine was one of the greatest of the Latin church fathers and a significant influence in the formation of Western Christianity, including Lutheranism. Born in A.D. 354 in North Africa, Augustine’s early life was distinguished by exceptional advancement as a teacher of rhetoric. In his book Confessions he describes his life before his conversion to Christianity, when he was drawn into the moral laxity of the day and fathered an illegitimate son. Through the devotion of his sainted mother Monica and the preaching of Ambrose, Bishop of Milan (339–97), Augustine was converted to the Christian faith. During the great Pelagian controversies of the 5th century, Augustine emphasized the unilateral grace of God in the salvation of mankind. Bishop and theologian at Hippo in North Africa from A.D. 395 until his death in 430, Augustine was a man of great intelligence, a fierce defender of the orthodox faith, and a prolific writer. In addition to the book Confessions, Augustine’s book City of God had a great impact upon the church throughout the Middle Ages and Renaissance.

Collect of the Day:
O Lord God, the light of the minds that know you, the life of the souls that love you, and the strength of the hearts that serve you, give us strength to follow the example of your servant Augustine of Hippos, so that knowing you we may truly love you and loving you we may fully serve you – for to serve you is perfect freedom; through Jesus Christ, our Lord, who lives and reigns with You and the Holy Spirit, one God, now and forever.

Commemoration of Monica, Mother of Augustine 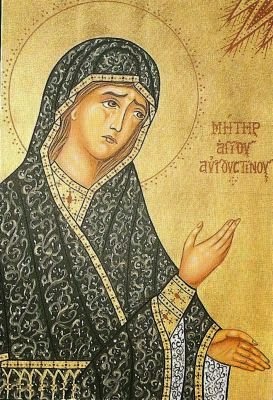 Today we remember and give thanks for Monica, Mother of Augustine.  A native of North Africa, Monica (A.D. 333–387) was the devoted mother of Saint Augustine. Throughout her life she sought the spiritual welfare of her children, especially that of her brilliant son, Augustine. Widowed at a young age, she devoted herself to her family, praying many years for Augustine’s conversion. When Augustine left North Africa to go to Italy, she followed him to Rome and then to Milan. There she had the joy of witnessing her son’s conversion to the Christian faith. Weakened by her travels, Monica died at Ostia, Italy on the journey she had hoped would take her back to her native Africa.
Collect of the Day:
O Lord, You strengthened Your patient servant Monica through spiritual discipline to persevere in offering her love, her prayers, and her tears for the conversion of her husband and of Augustine, their son.  Deepen our devotion to bring others, even our own family, to acknowledge Jesus Christ as Savior and Lord, who with You and the Holy Spirit lives and reigns, one God, now and forever.

Posted by Surburg's blog at 7:56 AM No comments: