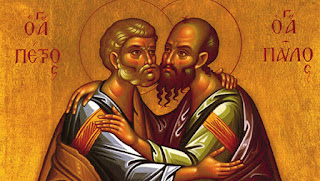 Posted by Surburg's blog at 6:38 AM No comments:

Commemoration of Irenaeus of Lyons, Pastor 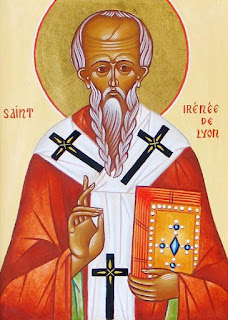 Today we remember and give thanks for Irenaeus of Lyons, Pastor.  Irenaeus (ca. A.D. 130-200), believed to be a native of Smyrna (modern Izmir, Turkey), studied in Rome and later became pastor in Lyons, France. Around 177, while Irenaeus was away from Lyons, a fierce persecution of Christians led to the martyrdom of his bishop. Upon Irenaeus' return, he became bishop of Lyons. Among his most famous writings is a work condemning heresies, especially Gnosticism, which denied the goodness of creation. In opposition, Irenaeus confessed that God has redeemed his creation through the incarnation of the Son. Irenaeus also affirmed the teachings of the Scriptures handed down to and through him as being normative for the Church.

Collect of the Day:
Almighty God, You upheld Your servant Irenaeus with strength to confess the truth against every blast of false doctrine.  By Your mercy, keep us steadfast in the true faith, that in constancy we may walk in peace on the way that leads to eternal life through Jesus Christ, our Lord, who lives and reigns with You and the Holy Spirit, one God, now and forever.

Posted by Surburg's blog at 6:43 AM No comments: 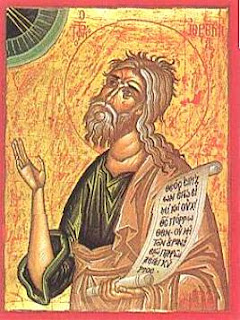 Collect of the Day:
Lord God, Heavenly Father, through the prophet Jeremiah You continued the prophetic pattern of teaching Your people the true faith and demonstrating through miracles Your presence in creation to heal it of its brokenness.  Grant that Your Church may see in Your Son: our Lord Jesus Christ, the final end-times prophet, whose teaching and miracles continue in Your Church through the healing medicine of the Gospel and the Sacraments; through Jesus Christ, our Lord, who lives and reigns with You and the Holy Spirit, one God, now and forever.
Posted by Surburg's blog at 6:37 AM No comments:

Sermon for the Feast of the Nativity of St. John the Baptist