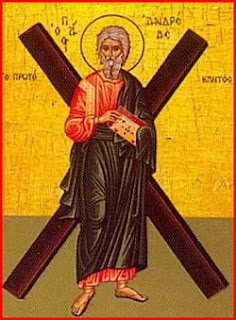 Collect of the Day:
Almighty God, by Your grace the apostle Andrew obeyed the call of Your Son to be a disciple.  Grant us also to follow the same Lord Jesus Christ in heart and life, who lives and reigns with You and the Holy Spirit, one God, now and forever. 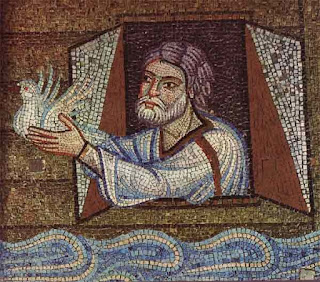 Collect of the Day:
Almighty and eternal God, according to Your strict judgment You condemned the unbelieving world through the flood, yet according to Your great mercy You preserved believing Noah and his family, eight souls in all.  Grant that we may be kept safe and secure in the holy ark of the Christian Church, so that with all believers in Your promise, we would be declared worthy of eternal life; through Jesus Christ, our Lord, who lives and reigns with You and the Holy Spirit, one God, now and forever.
Posted by Surburg's blog at 6:45 AM No comments:

Posted by Surburg's blog at 5:13 AM No comments:

Posted by Surburg's blog at 1:24 PM No comments:

Sermon for the Twenty-third Sunday after Trinity - Phil 3:17-21

Posted by Surburg's blog at 4:58 AM No comments: