New book on the history of Confirmation and the Lutheran church


I have had a number of people ask whether I will be sharing content from the presentation “Confirmation, Catechesis and First Communion – History and Pastoral Practice” that I am doing at a number of pastors’ conferences. The answer is yes – but you will need to be patient.  I am currently working on a book that will examine the history of Confirmation beginning with the New Testament material and then following the development in the western Church up to the sixteenth century, and in the Lutheran church up to the present day.

I believe such a book is needed for five reasons.  First, in order to understand Confirmation in Lutheranism today we need to know the entire history of its development rather than beginning in the sixteenth century (for example Arthur C. Repp’s classic Confirmation in the Lutheran Church devotes two and a half pages to the history of Confirmation before the Reformation).  Second, Repp’s Confirmation in the Lutheran Church which was published in 1964 is now dated in its scholarship and a new treatment is needed that engages work done since then.  Third, while Repp’s book is a classic and very helpful there are areas where correction is needed (such as in his taxonomy of confirmation). Fourth, the treatment of Confirmation in the majority of scholarship has adopted an approach that believes “Christian initiation” is a single whole comprised of water, anointing and eucharist.  An examination of this topic from the perspective of confessional Lutheran theology is needed.  Finally, parish pastors recognize that the Lutheran church’s practice of Confirmation is, to put it mildly, a source of many problems and questions.  A very strong argument can be made that Confirmation itself and the beliefs it promotes are a large part of the problem (though certainly cultural factors are also very important).

A book that examines these issues in a scholarly fashion is needed.  Yet such a book also needs to be written with a perspective that truly understands the landscape that parish pastors face today.  Writing from the setting of the parish, I intend to address both of these concerns.

I am currently in the process of working on the book.  I have been in contact with Concordia Publishing House.  Lord willing, if all goes as author and publisher hope, it will be published by CPH. This is a very large project, and it will take time.  But I believe it will make a significant contribution to our understanding of the Lutheran church’s present practice and will offer constructive suggestions for the future. 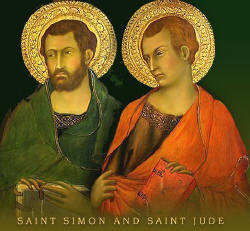 Posted by Surburg's blog at 6:31 AM No comments: 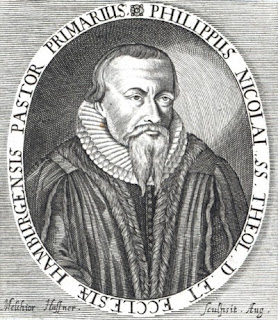 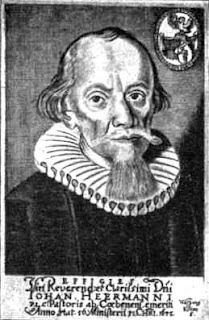 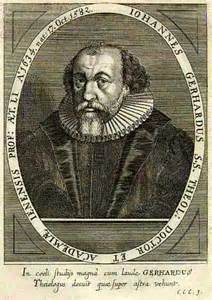 Today we remember and give thanks for Philipp Nicolai, Johann Heermann, and Paul Gerhardt, Hymnwriters.  Philipp Nicolai (1556–1608) was a pastor in Germany during the Great Plague, which took the lives of 1,300 of his parishioners during a sixth-month period. In addition to his heroic pastoral ministry during that time of stress and sorrow, he wrote the texts for “Wake, Awake, for Night Is Flying” and “O Morning Star, How Fair and Bright,” known, respectively, as the king and queen of the Lutheran chorales. Johann Heermann (1585–1647), also a German pastor, suffered from poor health as well as from the ravages of the Thirty Years’ War (1618–1648). His hymn texts are noted for their tenderness and depth of feeling. Paul Gerhardt (1607–1676) was another Lutheran pastor who endured the horrors of the Thirty Years’ War. By 1668 he lost his pastoral position in Berlin (for refusing to compromise his Lutheran convictions), and endured the death of four of his five children and his wife. He nevertheless managed to write 133 hymns, all of which reflect his firm faith. Along with Martin Luther he is regarded as one of Lutheranism’s finest hymn writers.

Collect of the Day:
Almighty God, the apostle Paul taught us to praise You in psalms and hymns and spiritual songs.  We thank You this day for those who have given to Your Church great hymns, especially Your servants Philipp Nicolai, Johann Heermann, and Paul Gerhardt.  May Your Church never lack hymnwriters who through their words and music give You praise.  Fill us with the desire to praise and thank You for Your great goodness; through Jesus Christ, our Lord, who lives and reigns with You and the Holy Spirit, one God, now and forever.

Posted by Surburg's blog at 7:30 AM No comments: