Mark's thoughts: When the ultimate questions no longer matter 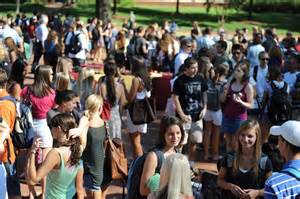 A little while ago I had a conversation that left me stunned.  There is an individual whom I have known for quite some time.  This person had grown up with a weak background in the Church.  However, in the years of college and thereafter Jesus Christ had been left behind.  Sunday was just another Saturday to do whatever he wanted to do.

On a previous occasion we had talked about Christianity and I had shared the specifics of the saving Gospel of Jesus Christ’s death and resurrection.  I had talked about how Christianity was different from every other religion in that it was about the God who gives salvation as a gift, rather then it being something that is in some way earned (the religion of the Gospel vs. the religions of the Law).  I had discussed the unique character of the resurrection of Jesus Christ as a historical event, and the ways that multiple lines of evidence support the claim that Jesus rose from the dead.

This person is very bright, and so I was interested to hear what he thought about the things we had discussed.  I presumed that he was on the outside looking in when it came to faith in Jesus Christ as Lord, and so I wanted to know what he did think about the ultimate questions.  Some time later the opportunity presented itself to raise the topic again.  So I asked him, “Ok, let’s say you are driving home today and you get in a car accident and are killed. What happens to you?”

His response was simple: “I don’t know.”  That was it.  Yet it’s not the answer that amazed me.  It was the way the answer was delivered.  The individual was not saying there was indecision regarding the choice among several beliefs.  Instead, it became clear that to him there wasn’t even a question to consider.  I thought I was posing a question about ultimate values and beliefs – one of eternal consequence that pressed in existentially on the individual.  But instead, the question seemed as personally relevant to him as if I had asked, “So what’s the weather like today on Mars?”

Shortly after this experience I read a piece by Molly Oshatz. She noted the data that “according to the recent study from the Pew Research Center, 22.8 percent of U.S. adults and 35 percent of millennials are religiously unaffiliated.  Now known as the “nones,” these religiously unaffiliated individuals come in a variety of flavors.  However Oshatz went on to observe:


In addition, there seems to be another, less familiar sort: people who don’t see the need to think about religious matters at all. Forty-four percent of the respondents to a 2011 Baylor University study reported spending no time whatsoever seeking “eternal wisdom,”and 19 percent replied that “it's useless to search for purpose.” In the same year, Lifeway, whether or not they will go to heaven, and 28 percent reported that finding a deeper purpose in life wasn’t a priority for them.

This variety of “none” is more confounding and dismaying. It’s one thing to respond to   atheists who think you have the wrong answers or seekers who think you might have part    of a bigger answer, but what of those who think you are answering questions that don’t even need to be asked? Higher purpose? Eternal joy? Meh. It appears that for increasing numbers of young adults, religion, and Christianity in particular, might no longer be a live option.

I grew up in the lively intellectual environment of Bloomington, IN where Indiana University is located.  There and in the stops along the way in my education I carefully developed the ability to discuss the Christian faith in a secular intellectual setting. While I knew that you cannot reason anyone into the faith, I always wanted to be able to make a defense to anyone about the reason for the hope in me (1 Peter 3:15) – to be able to remove unnecessary intellectual barriers wherever this was possible.

But when speaking to this person – and people like this – all of that is irrelevant.  It is useless. Perhaps it is just as well.  Long ago I recognized that the danger of developing the skills to interact in this fashion was pride. Stripped of anything I could do, there appeared to be only one approach left – a basic approach; a biblical approach.

In Matthew chapter 16 at Caesarea Philippi Jesus asks the disciples, “Who do people say that the Son of Man is?” (16:13).  The disciples report some of the answers people are giving to that question: John the Baptist, Elijah, or one of the prophets (16:14). And then Jesus asked them, “But who do you say that I am?” (16:15).

This is the unavoidable question that the incarnate Son of God addresses to each person. As Christians we are called to speak the truth about Jesus Christ, the Son of God who died on the cross and rose from the dead.  This is the witness that God provides through us as we share what his word says.  And in this people are confronted by him. John put it this way:

They are confronted by Jesus Christ and this confrontation is an eschatological moment – it is an end-time moment now – because they are being confronted by the One before whom they will have to appear on the Last Day.  As Paul told the Corinthians: “For we must all appear before the judgment seat of Christ” (2 Corinthians 5:10 ESV).

This is what I said to the person. I told him he could certainly ignore Jesus Christ and blow him off, but that didn’t change the fact that he had been confronted by the Lord and that to ignore him was to reject him.  And it didn’t change the fact that Jesus will get the last word. I don’t know what will happen in the future.  It may be that the Gospel will remain veiled. As Paul wrote, “And even if our gospel is veiled, it is veiled to those who are perishing. In their case the god of this world has blinded the minds of the unbelievers, to keep them from seeing the light of the gospel of the glory of Christ, who is the image of God (2 Corinthians 4:3-4 ESV).  If it is, then on the Last Day there will be no excuse and he will have to say to Christ, “Mark told me about you.”  And that is all we are called to do.