Mark's thoughts: Four things Lutherans believe about the Law that are false ... and true 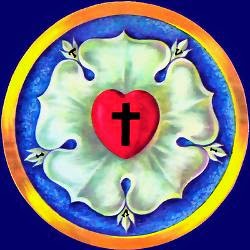 In our study of Scripture we return to the same texts, yet we often do not find them to be same.  Naturally the text hasn’t changed.  Instead we have changed in our knowledge and experiences, and so we recognize things that we had not noticed before.  We ask questions of the text that we had not thought of before.

In preparing for a sermon, I had occasion to read again 1 Thessalonians 4:1 in which Paul says:


Finally, then, brothers, we ask and urge you in the Lord Jesus, that as you received from us how you ought to walk and to please God, just as you are doing, that you do so more and more. (1 Thessalonians 4:1 ESV)

As I read this, I was struck by the way it speaks to – and contradicts – four assumptions with which Lutherans have read Scripture since the middle of the twentieth century.

First, Lutherans have assumed that in texts like this the Law only serves to show people their sin.  Beyond this, since Lutherans have assumed that this is the only use of the Law that really matters for Christians, they have tended to believe that this is Paul’s true purpose in speaking these words.  Paul tells them to walk as they should and to please God (and to do so more and more!) in order to show them that they really can’t do this.  He seeks to show them their sin so that they will then embrace the forgiveness that is found in Christ.

Now only the Holy Spirit determines how the law is used, and so Paul’s statement may be used by the Spirit to show a person their sin (second use), or to restrain and kill the old man so that the new man is able to determine how the individual acts (third use), or the Spirit may do both of these at once.  Yet it is simply not true that Paul’s true purpose is to show them that they really can’t do this and are sinners.  Quite the opposite he writes these words because he wants them to do these things and he even believes that they are doing them (more on this in a moment).

Second, Lutherans have assumed that pastors who preach this way will drive people to despair.  The law always accuses and in speaking exhortation they only show people how they fail to do these things.

However, while the law accuses the old man, the new man rejoices to hear these words because they are exactly what he wants to do.  The Spirit can and does use words like this to restrain and hinder the old man, so that the new man can direct the actions of the individual.  Paul is not worried here about driving the Thessalonians to despair.

Third, Lutherans have assumed that pastors who preach this way will lead people into presumption and self righteousness.  If Christians are directed to focus on what they do, then they will take pride in them and lose sight of justification by grace through faith on account of Christ.

Fourth, Lutherans have assumed that when Paul says, “just as you are doing,” this can’t really be true.  Lutherans are so finely tuned in their perception of sin and its influence that they are not willing to grant that Christians actually live in ways that can be described as “walking as they should and pleasing God.” Sin pervades the individual so completely since the Fall that it is not possible to speak in this way.

However, it is an unavoidable fact of this text that Paul says they are doing it.  Similar language is found frequently in the Psalms when the psalmist asserts that he has lived in ways that please God (e.g. Ps 17:3-5).  Naturally such language does not mean that the old man is completely vanquished and gone, and ultimately it can only be true today of those who are in Christ.  Yet it does demonstrate that it is thoroughly biblical to talk about people living and doing in ways that please God.  In regeneration the Spirit creates the new man and this actually makes a difference.

These four points have been persuasive since the mid-twentieth century because they are mutually reinforcing.  More significantly, they have been persuasive because they are all true. They are all true.  However, they are not the only things that are true.  In each case, because we are dealing with Christian who is new man and old man at the same time, there is also another side to the story.  Error creeps in when we lose sight of the fact that both sides described in each point above are true.  So the law does show people their sin. It can drive to despair.  It can lead to self-righteousness.  The person’s actions are never entirely pure because they still have the old man. But likewise the law found in exhortation can help produce the result that the individual actually does what God wills.  Instead of despair it can bring joy, as the person says, “Yes! That’s exactly what I want to do.”  Instead of self-righteousness in can result in righteous living.  It can produce conduct that the Bible is willing to describe as reflecting God’s will.

In the context of Methodism, Baptists and American evangelicalism, it is understandable that some Lutherans are hesitant about embracing the second set of truths on each point.  At some level, it sounds similar to what these traditions have to say. It should not escape our attention that one reason these traditions are persuasive is because they take up language that is found in Scripture. It is placed in a faulty theological framework and it is emphasized in a one sided way, but error and heresy is often a truth pushed too far or viewed in abstraction from other biblical truths.  To emphasize and balance both sides of each point is not to be a “neo-Methodist” – it is instead to be a biblical and confessional Lutheran.
Posted by Surburg's blog at 1:14 PM