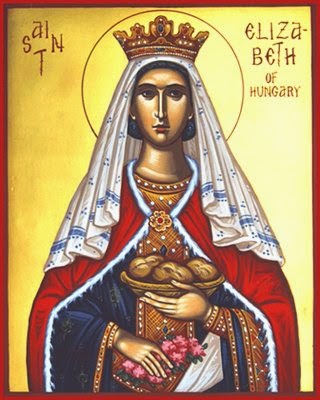 Collect of the Day:
Mighty King, whose inheritance is not of this world, inspire in us the humility and benevolent charity of Elizabeth of Hungary.  She scorned her bejeweled crown with thoughts of the thorned one her Savior donned for her sake and ours, that we, too, might live a life of sacrifice, pleasing in Your sight and worthy of the name of Your Son, Christ Jesus, who with the Holy Spirit reigns with You forever in the everlasting kingdom.