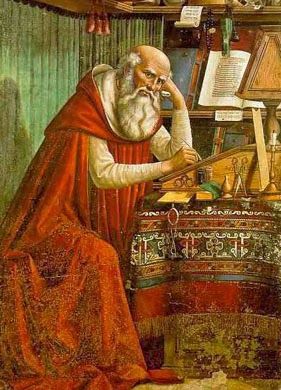 Collect of the Day:
O Lord, God of truth, Your Word is a lamp to our feet and a light to our path.  You gave Your servant Jerome delight in his study of Holy Scripture.  May those who continue to read, mark, and inwardly digest Your Word find in it the food of salvation and the fountain of life; through Jesus Christ, our Lord, who lives and reigns with You and the Holy Spirit, one God, now and forever.
Posted by Surburg's blog at 10:01 AM