Mark's thoughts: It's a hot landing zone and there will be casualties 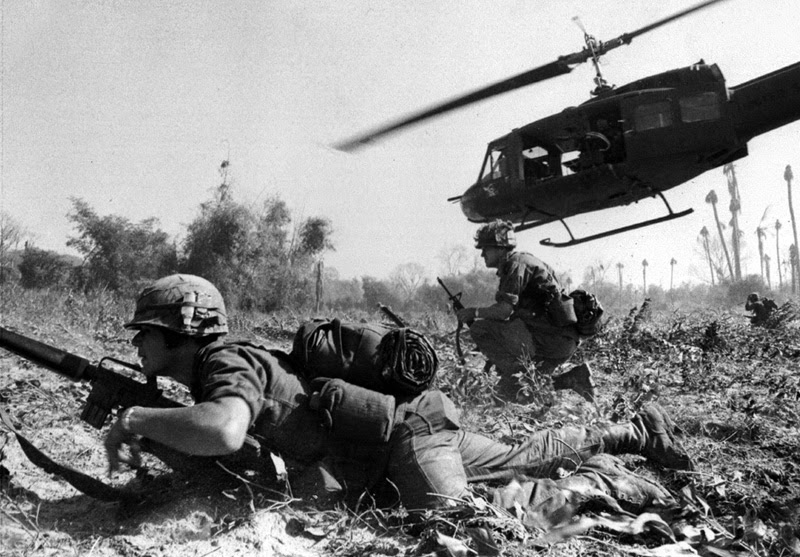 Leading us were the sons of West Point and the young ROTC lieutenants from Rutgers and The Citadel and, yes, even Yale University who had heard Kennedy's call and answered it. There were also the young enlisted men and NCO's who passed through Officer Candidate School and emerged, newly minted, officers and gentlemen. All laughed nervously when confronted with the cold statistics that measured a second lieutenant's combat life expectancy in minutes and seconds, not hours. Our second lieutenants were paid $241.20 per month. (From the Prologue to We Were Soldiers Once . . . and Young: Ia Drang—The Battle That Changed the War in Vietnam, by Harold G. Moore and Joseph L. Galloway)

Another group of the lieutenants who will lead on the frontline in the Lutheran Church – Missouri Synod have received their orders and will so go forth to man their post. They are sent forth with the stirring fanfare of a call service.  It is a night of excited spouses, proud parents and rousing singing.  Synodical and district presidents preach robust and hopeful words.  They know that they are going to the frontlines and they look forward with eagerness to leading God’s people in the congregation to which they have been called.

But many … most … do not understand the true nature of the war they enter.  There are in fact no frontlines.  Instead, they are being dropped into a hot landing zone.  There will be contact from the moment they are installed.  Some may think that they will push out from their position and take more ground.  Some may think that their job is to hold the perimeter and defend their post.  But what they don’t understand is that the enemy is already inside the wire.

Many will soon find themselves engaged in savage hand to hand combat in the pitch black of night.  And very soon the truth will dawn on them that there is no one coming to help.  They may receive encouraging words on the radio, but in this church polity there is no one who will bring relief or rescue.  They are alone.

They have only one resource and only one hope – the unlimited fire support of the Means of Grace.  Their only hope will be to reign down upon their own position the preaching of the Word, the water of Holy Baptism, the forgiving word of Holy Absolution and the body and blood of Christ in the Sacrament of the Altar.  And yet … for some … in the mystery of the cruciform ministry to which they have been called it will not be enough.  Their position will be overrun and they will no longer be there.  The casualty report will list three letters next to their name: CRM.

A new group of lieutenants have received their orders and go forth to their post in the Church.  By this time next year there will be casualties.  And yet it is still Christ’s Church.  Lord have mercy.  Maranatha.