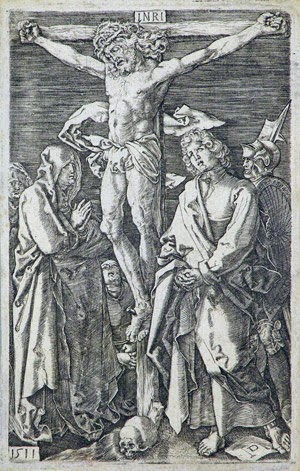 Today is Tuesday in Holy Week as we prepare to observe our Lord’s death and resurrection for us.  The season of Lent will conclude on Maundy Thursday as the Triduum begins – the one service that runs over the course of Maundy Thursday, Good Friday and Holy Saturday.  On Tuesday in Holy Week, the Gospel reading is the Passion of Our Lord according to St. Mark (Mark 14:1-15:47).

Collect of the Day:
Almighty and Everlasting God, grant us by Your grace so to pass through this holy time of our Lord’s passion that we may obtain the forgiveness of sins; through Jesus Christ, Your Son, our Lord, who lives and reigns with You and the Holy Spirit, one God, now and forever.