Mark's thoughts: Roe v Wade has been overturned - give thanks, but don't be naive 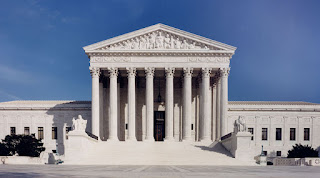 This morning I learned that Roe v Wade has been overturned. This is something for which I have prayed during my entire life.  I have voted in ways that were aimed at making this possible. It is a great victory for which I give thanks to the Lord.  It is a day to celebrate, and I certainly do.

But I don’t feel the way I thought I would.  I have looked forward to this all my life, and yet in the moment that it occurs it feels hollow.  The reason for this is that in the very time that I learned the news about Roe v Wade, I was in the process of answering emails that are aimed at organizing a response to an abortion clinic that will be opening in Carbondale, IL, sixteen miles from my church.

In May we learned that Choices – Memphis Center for Reproductive health will be opening an abortion clinic in Carbondale.  They were doing this in preparation for Roe v Wade in order to establish the furthest south abortion clinic in Illinois.  The intent of this location is to draw upon states south of Illinois that will limit or eliminate abortion.  Planned Parenthood has already done this in Fairview Heights, IL, just across the Mississippi River from St. Louis.  This too has been positioned to draw upon Missouri and other states where abortion will be limited or banned.  Abortion clinics are being established around Illinois’ borders to serve the same purpose directed toward other Midwest states.

Roe v Wade has been overturned. Yet I find myself living in a state where the Governor and legislature have done everything possible to make Illinois a center of death for the unborn.  Sadly, Illinois is not alone and the same process is certainly taking place in other states that support abortion.

Today is a day to give thanks to the Lord that Roe v Wade has been overturned. It is a time to celebrate. But that celebration must be tempered with the recognition that the fight against abortion is simply moving into a new stage.

The overturning of Roe v Wade is not like the atomic bombs that ended the war in the Pacific during World War II.  It is more like the Battle of Midway in June 1942.  It is a victory that makes ultimate victory possible.  But the road to that victory followed the path of names like Tarawa, Peleliu, Iwo Jima, and Okinawa.  It was a long and brutal fight against a fanatical enemy.

Today we give thanks.   But we must not be naive. The next stage in the struggle against this evil has just started.