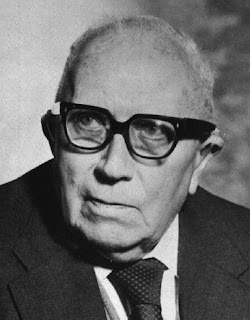 Recently there has been discussion about Steven Paulson’s statement in his book Lutheran Theology that Christ committed his own personal sin.  When challenges have been raised about this, the response has been: “Well you are just not comfortable with Luther.”  The claim is made that Paulson is simply expressing what Luther wrote in one of his lectures.  It has become a common move in Lutheran theology since the twentieth century to “discover” what Luther taught, and then assert that this is the teaching that the Lutheran church should really teach and believe. Quotes from Luther are cited today as if to disagree with Luther on some point is to defect from true Lutheranism.

There are two problems with this.  First, upon closer examination it often turns out that the “discovery” is not at all what Luther taught.  It is instead the imposition of the scholar’s own views on Luther.  Second, and more importantly, this approach is “Lutherism” and not Lutheranism.  Martin Luther wrote so much, about so many topics, in response to so many kinds of opponents, over such a long period of time, that you can find Luther quotes to support many contradictory interpretations of Luther.  Within this massive body of writing, Luther is not always correct.

Thankfully, Lutheranism is not defined by Martin Luther’s writings.  Hermann Sasse discussed this in words we need to continue to hear today:

In a sect a leader is the ultimate judge of what true doctrine is. How different the formulations of doctrines was in the Lutheran Reformation!  It is true that Luther’s opinion had great weight, but his  opinion alone decided nothing.  He was not the teacher who was followed unconditionally; he was only “the most distinguished teacher of the churches which confess the Augsburg Confession.”  The doctrinal standard of the Lutheran Church is the Augsburg Confession, and only when there are differences of opinion concerning its interpretation is “the proper understanding and sense of the said Augsburg Confession” to be “derived from no other source more properly and correctly than from the doctrinal and polemical writings of Dr. Luther,” as the Formula of Concord puts it in its treatment of the doctrine of the Lord’s Supper. Hence no doctrine is Lutheran simply because Luther advocated or supported it.

This statement, which is basic for an understanding of the Lutheran Reformation, was often forgotten, even by Lutheran theologians themselves, in the age theological historism and the Luther Renaissance.  The discovery of Luther’s lectures on the  Epistle to the Romans and on the Epistle to the Hebrews, together with all the other results of Luther research during the last few decades, has broadened our knowledge of the Reformer’s thought-world, particularly in his earlier years, and has made it possible for us to understand his theological development better. An exposition of Luther’s theology is different today from what it was a generation ago.  But important as these changes may be for the understanding and exposition of Lutheran doctrine, the substance of this doctrine is not altered in any sense.

For Lutheran doctrine is not identical with the doctrine of Luther.  If it were, it would constantly have to be scrutinized with an eye to revising it in accordance with the fruits of Luther research.  As a matter of fact, many Luther-worshippers in our day seem to have this opinion. The standard by which they judge whether a system of doctrine or the exposition of an article of faith, whether a creed or a sermon, whether a church or the belief and theology of an individual is Lutheran or not, is Luther’s theology at its best, the conception of which varies from time to time: a generation ago the theology of the three important writings of the year 1520 was thought to represent the zenith, and today the theology of the De servo arbitrio is according this position. The judgments vary accordingly, but they are always interesting.  For example, if the theology of the young Luther is taken as the norm, Calvin was the real – perhaps even the only – Lutheran, while Luther departed from true Lutheranism in his later years.  But no matter how different the opinions concerning who or what is Lutheran might turn out to be, all these critics are in complete agreement and are altogether certain that the Lutheran Church and the Lutheran Confessions represent nothing less than a defection from Luther and consequently that they can claim to be “Lutheran” only with reservations.  And, of course, this is correct if Lutheran doctrine must be identical with the doctrine of Luther.

But must it?  If Lutheran doctrine – that is to say, the doctrine of the Lutheran Church – were identical with the doctrine of Luther, our church would be a Luther sect. Then the Symbolical Books – those of them not prepared by Luther – would have to be discarded. They could no longer serve as an authoritative exposition of the teachings of the Lutheran Church.  Either a new series of Symbolical Books, consisting only of Luther’s writings, would have to be compiled; or else one of the best Luther scholars would have to furnish a compendium of the genuine teachings of Luther and append this to the old Confessions. This sounds absurd.  And yet it is not at all inconsistent with what is happening quite commonly today when men go behind the Confessions to the genuine Luther and use him as a norm for judging church doctrine.  There is only one question which would require an answer: why was this not already done in the Reformation Period? This is the answer: because men did not have the slightest interest in Luther’s teachings as such; their whole interest was in the teaching of the Gospel.  Luther’s teaching was not accepted because it came from him, but because it agreed with the Gospel.  It possessed not a particle of authority because it came from a great man, a religious genius, one of the greatest of the sons of the German nation. But it secured the highest authority because it was recognized as being in agreement with the Word of God. The confessional development, which began with the Ansbach Deliberation in 1524 and reached its first high-point in the Augsburg Confession of 1530, did not grow out of the question, “What is Luther teaching, and how does his teaching differ from what the church has been teaching up to this time?”  It was an answer, rather, to the question, “What does the Word of God teach” “What is the truth of the Gospel?”  Otherwise it would have been enough to call upon Luther to present his teachings.  But this was not done.  Something greater than the opinion of a great man was at stake. The teaching of the church was at stake. And Luther showed himself to be a genuine teacher of the church when, in his teaching, he referred people away from his own person and his own opinions, back to the Gospel. (Hermann Sasse, Here We Stand: Nature and Character of the Lutheran Faith; tr. Theodore G. Tappert [Adelaide: Lutheran Publishing House, 1966], 79-80) (emphasis original)