Mark's thoughts: Do you want your children to grow up to be Christians? 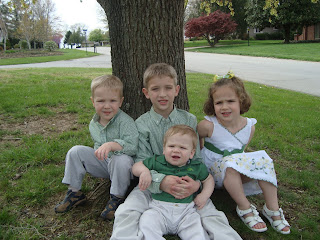 The following is a letter I wrote to my congregation:

In the early 1990’s when I was in college people began talking about “political correctness” – the notion that there were some things that could not be said because they were considered offensive and unacceptable.  During the mid-1990’s when I was at the seminary I learned that this was part of a deeper intellectual trend that had a name: post-modernism.  As we all know by now, at its most basic level post-modernism denies that there is any objective truth.  There is no right, or wrong, there are only different perspectives that are true for you and true for me.

During the years at the seminary, there were people who were arguing that post-modernism had the potential to be a positive development for Christianity.  Grounded in rationalism, modernism had established predetermined answers that contradicted Christianity on basically every important point.  Yet now, it was argued, post-modernism said that everyone should get a hearing.  Christianity would have the chance to be heard in the exchange of ideas and would not immediately be discounted as it had been since the Enlightenment.

As I write this in 2017, this suggestion now seems laughable.  We have learned beyond a shadow of a doubt that post-modernism creates people who are completely disinterested in Christianity and reject the faith without even being willing to interact with it.  After nearly thirty years, the presuppositions of post-modernism have worked their way into all levels of the education system.  It pervades our culture in general. Those who have grown up in this setting, usually called “millenials” are leaving the Christian faith and rejecting it at levels that we have not seen before.

A piecewritten by Alex McFarland recently appeared online that discusses the factors that have contributed to this transformation.  I think that they are incredibly helpful in summarizing the problems:

1. Mindset of “digital natives” is very much separate from other generations. Millennials are eclectic on all fronts—economically, spiritually, artistically. There is little or no “brand loyalty” in most areas of life.
2. Breakdown of the family. It has long been recognized that experience with an earthly father deeply informs the perspective about the heavenly father. In “How the West Really Lost God,” sociologist Mary Eberstadt correctly asserts, “The fortunes of religion rise or fall with the state of the family.”
3. Militant secularism: Embraced by media and enforced in schools, secular education approaches learning through the lens of “methodological naturalism.” It is presupposed that all faith claims are merely expressions of subjective preference. The only “true” truths are claims that are divorced from any supernatural context and impose no moral obligations on human behavior. People today are subjected to an enforced secularism.
4. Lack of spiritual authenticity among adults. Many youth have had no -- or very limited -- exposure to adult role models who know what they believe, why they believe it, and are committed to consistently living it out.
5. The church’s cultural influence has diminished. The little neighborhood church is often assumed to be irrelevant, and there is no cultural guilt anymore for those who abandon involvement.
6. Pervasive cultural abandonment of morality. The idea of objective moral truth—ethical norms that really are binding on all people—is unknown to most and is rejected by the rest.
7. Intellectual skepticism. College students are encouraged to accept platitudes like “life is about asking questions, not about dogmatic answers.” Is that the answer? That there are no answers? Claiming to have answers is viewed as “impolite.” On life’s ultimate questions, it is much more socially acceptable to “suspend judgment.”
8. The rise of a fad called “atheism.” Full of self-congratulatory swagger and blasphemous bravado, pop-level atheists such as the late Christopher Hitchens (whom I interviewed twice) made it cool to be a non-believer. Many millennials, though mostly 20-something Caucasian males, are enamored by books and blogs run by God-hating “thinkers.”
9.  Our new God: Tolerance be Thy name. “Tolerance” today essentially means, “Because my truth is, well, my truth, no one may ever question any behavior or belief I hold.” This “standard” has become so ingrained that it is now impossible to rationally critique any belief or behavior without a backlash of criticism.
10. The commonly defiant posture of young adulthood. As we leave adolescence and morph into adulthood, we all can be susceptible to an inflated sense of our own intelligence and giftedness. During the late teens and early 20s, many young people feel 10 feet tall and bulletproof. I did. The cultural trend toward rejection of God—and other loci of authority—resonates strongly with the desire for autonomy felt in young adulthood.

As Christian parents, and as Christians in general, we need to acknowledge that we are facing a new challenge.  The forces of our culture are moving in ways that make it even more likely that our children will be stripped away from the Church.  If we believe that Jesus Christ really is the way, the truth and the life, and that there is no other way to the Father (John 14:6), then this must be something of the greatest concern for us. We must reevaluate what we are doing to raise children as Christians and consider what else we can and must do.

There are things on this list that we can’t control or do anything about directly (more on this later).  But there are some very specific things that we can do.  For starters, McFarland points to a: “Lack of spiritual authenticity among adults. Many youth have had no -- or very limited -- exposure to adult role models who know what they believe, why they believe it, and are committed to consistently living it out.”

The starting point is that Christian parents must be people who show that they are “all in” when it comes to faith in Jesus Christ. The days when taking the family to church once every couple weeks or months was sufficient to keep them somewhat moored to the faith are gone.  As a parent you need to make church an every Sunday part of your life.  You need to teach by example that our weeks are marked by receiving Christ’s Means of Grace in the Divine Service.  It is to His gifts that we return every week.

Beyond this you need to teach your children that we study and learn about God’s Word.  On Sunday this means bringing them to Sunday school.  But more importantly, it means that you teach them by example by attending Bible class. Actions speak louder than words.  If you don’t show that you find God’s Word worthy of study, don’t expect them to either. And learning more about God’s Word will equip you for the next item.

We need to teach and talk about the Christian faith at home.  The tools are not hard to find: the Bible (and here the Treasury of Daily Prayer provides a great resource for manageable sized readings), or for smaller children a good children’s Bible (I highly recommend The Story Bible produced by Concordia Publishing House) and the Small Catechism.  Section after section of the Small Catechism begins with the words: “As the head of the family should teach it….”  This is precisely how we need to start using it.

This one can be hard because schedules are so crazy. But first consider this: How much effort do you put into making sure that your child is at practices, games and activities?  Is their faith and eternal salvation unworthy of similar effort? Even if the whole family is not there; even if one parent is not there, do devotions with those who are there using the Bible and the Small Catechism.  And then we need to make these things part of what we talk about with our children at other times.  When you hear about death and tragedies talk about what Christ means as comfort at those times. When you hear and see things that contradict God’s Word, talk about this with your kids.  Point it out.  Don’t just expect them to figure it out. Talk about it.

Next, McFarland lists,” Breakdown of the family. It has long been recognized that experience with an earthly father deeply informs the perspective about the heavenly father.”  Recognize that your marriage which has produced your family is a key factor in helping to keep your children in the Christian faith.  Forgiven in Christ, the Spirit leads you to forgive and serve your spouse as you seek what is best for him or her.  St. Paul put it this way:


Do nothing from rivalry or conceit, but in humility count others more significant than yourselves. Let each of you look not only to his own interests, but also to the interests of others.  Have this mind among yourselves, which is yours in Christ Jesus, who, though he was in the form of God, did not count equality with God a thing to be grasped, but made himself nothing, taking the form of a servant, being born in the likeness of men. And being found in human form, he humbled himself by becoming obedient to the point of death, even death on a cross.  (Philippians 2:3-8)

This is what helps to make and keep a marriage healthy.  In turn, a healthy marriage is a powerful factor in helping to form children who stay in the Church. And let us not forget that the things I just discussed about the Divine service, study of God’s word at church and home, help this to happen as the Spirit is at work through the Word..

Finally, we must acknowledge that there are a whole range of items on McFarland’s list that we can’t directly do anything about. Unfortunately, we can’t personally change these cultural trends.  What we can do is talk about them with our children from early on and make them aware that the world does things in this way. We need to prepare them with the knowledge that the world says that there is no truth; no right and wrong - and that God says something very different.  We need to talk about the fact that the claim “there is no such thing as truth” is itself a truth claim.  We must teach our children to listen for the predictable patterns and language by which our culture seeks to train them as people who will think in the way of the world instead of using the world view taught by God’s Word.  These too are the very things we often discuss in Bible class and the discussions there will equip you to talk about it with your children.

This sounds like it will take a real commitment. It will.  It sounds like this requires us to orient our lives towards Christ and his Word.  It does.   Yet this is nothing new.  It is as old as God’s people.  It is the same thing that God told Israel through Moses:


And these words that I command you today shall be on your heart. You shall teach them diligently to your children, and shall talk of them when you sit in your house, and when you walk by the way, and when you lie down, and when you rise. (Deuteronomy 6:6-7).

In Jesus Christ, God has acted to give salvation to you and your children.  He has made you His own in Holy Baptism - a new creation in Christ - and washed away your sins. God has entrusted your children to your care and given the vocation - the calling - to raise them in this faith.  St. Paul wrote, "Fathers, do not provoke your children to anger, but bring them up in the discipline and instruction of the Lord" (Ephesians 6:4).  It is both your responsibility and your sacred privilege to carry this out.