Mark's thoughts: Questions about God's ordering of the relationship between man and woman 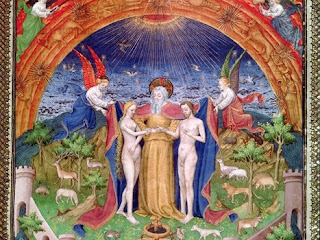 What does Scripture teach us about the relationship between men and women?
Scripture teaches that God has established an ordering in the relationship between men and women. God has designated roles and responsibilities for each sex and has defined how they are to relate to one another. This ordering was established in the very act of creating the first man and woman, Adam and Eve. God created man (Gen 2:7), yet in Gen 2:18 He said, “It is not good that the man should be alone; I will make him a helper fit for him” (ESV). God created the woman from the man (Gen 2:21-23) in order to make a helper who was fit for him - who corresponded to him. God created man and woman so that they could be joined together in marriage as a one flesh union for life (Gen 2:24; Matt 19:4-6) that produces children (Gen 1:28; see also Pss 127:3-5; 128:3-4).

What does this ordering mean for men and women?
God created man and woman to be complementary. This means that He created them to be different. Scripture tells us that men and women are both needed because they are not the same. This fact becomes evident in the fruit of the one flesh union. Only a woman’s body can carry and give birth to a child.

God made men and women to have different roles. The woman’s unique ability to give birth to a child is accompanied by emotional characteristics and aptitudes that enable her to care for and nurture a child (a fact noted by Scripture: Isa 66:13; 1 Thess 2:7-8). Her primary vocation (calling) is to love and care for her husband, children and home as the apostle Paul indicated in Titus 2:3-5 (see also Prov 31:10-31).

Before Eve existed, God told Adam to work the garden of Eden and keep it (Gen 2:15). Even after the fall, God’s words to Adam still focused on the task of providing food (Gen 3:17-19). The vocation of men is one of work that provides for wife and children. Though it does not directly benefit every job today, the greater strength possessed by a man (1 Peter 3:7) continues to bear witness to this.

Surely we can’t expect people in our modern world to be guided by this understanding drawn from texts written in ancient cultures?
Scripture is God’s authoritative revelation to us. In Scripture He reveals a fact about the way He has established and ordered His creation. God set it up this way, and therefore it never ceases to be true. Certainly the cultures in which the texts of the Old and New Testaments were written reflected this ordering. But this simply means that life was being lived in ways that matched God’s intent. On the other hand, it is only the feminism of the West that has created a different way during less than a century. This way is based on views about the interchangeability of men and women, sex, children and prosperity that contradict God’s will.

Our culture promotes the idea that men and women are not essentially different, and that instead they are equally suited to play any role.  Birth control has disengaged sex from marriage and has turned sex into an act of pleasure that we control.  Couples say no to God's gift of life except on rare occasions when they decide that they want a child. Children are viewed as an expense and hardship to be avoided.  They interfere with the career of a woman and prevent a couple and the family they have in mind from living at the level of prosperity the couple deems necessary.  Many Christians have unknowingly adopted these views through the influence of our culture.
What does this look like in the home, church and society?
At home it means that women will embrace their role as wife and mother and will view these as the most distinctive and important callings God has given them to do. They will encourage and support their husbands in their callings of provision and leadership – especially spiritual leadership as the head of the house. In church men will serve in the Office of the Holy Ministry and in positions of leadership such as elder and congregational president, while women use their gifts in various positions of service, especially those directed towards women, children and families. In society the Church will bear witness to the ordering of creation by speaking out against actions that subvert it, such as requiring women to register for the draft.