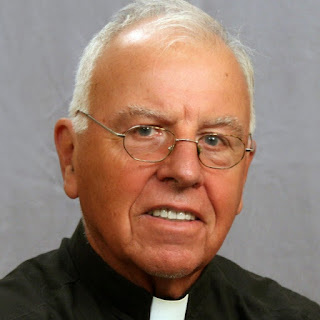 In my work with soft antinomianism, a consistent response from some pastors has been the claim that there is no such thing.  It has been asserted that there is no such “problem” and attempts to describe one are a figment of the imagination.  It was therefore with great interest that I read a statement by David Scaer in his article “Sanctification” that appears in the current issue of the Concordia Journal (Summer 2015 [41:3], 236-249).

You will be hard pressed to find a LCMS theologian who has done as much work with Law and Gospel as Scaer.  He has thought deeply about the issue and how it plays out in the life of the Lutheran church.  In this recent article he writes:


For the most part the law-gospel paradigm defines LCMS preaching and in some cases serves as an outline.  Such a sermon begins with law alerting the congregation to their aberrations and predictably ends with the gospel relieving the pain imposed by the law.  Time allotted to the law is monopolized by the second use and little time, if any, is left for its third use or sanctification, that is, what people should do. Should good works be specified – that is what the law’s third use is all about – some preachers are quick to remind their hearers of the impossibility of doing good works, and so, the second use is substituted for the third use that is in effect denied. (244).

Scaer’s description of current LCMS preaching is precisely what I have called soft antinomianism: “Soft antinomianism is an inability and even a refusal to preach about new obedience and good works.  It does not exhort, admonish and teach in sermons about how Christians are to live because of what Christ has done for us.”

My explanation of what soft antinomianism means for preaching matches what Scaer has written:


When soft antinomianism controls preaching, the sermon has only two goals.  First, the preacher seeks to address sharp, accusatory Law that will convict the hearers of their sin and prompt repentance.  This is done in service of the second and main goal, which is to deliver the forgiveness found in Jesus Christ. The preaching of the Law prepares the hearer for the preaching of Jesus and the Gospel.  In that movement from Law to Gospel the sermon has achieved its entire purpose.

In preparing for some speaking engagements about this topic, I have read through most of Scaer’s publications on this subject.  It is interesting to note that the statement in his 2015 article further develops a thought expressed in his 2011 article “Walther, the Third Use of the Law, and Contemporary Issues” (Concordia Theological Quarterly, July/October 2011 [75:3-4], 329-342). There he writes:


For self-styled confessional minded preachers, the core meaning of a biblical passage is exhausted if, after bringing the people to their knees, they are lifted up by the gospel.  In certain and perhaps most cases, the imposition of the principle curtails rather than helps determine what was on the mind of the inspired writer. Walther did not preach like this, as is obvious from his robust engagement with biblical texts, but the law-gospel principle came to form the basis of “Gospel reductionism.” (338).

Scaer states in the quote from the current 2015 article, “Should good works be specified – that is what the law’s third use is all about – some preachers are quick to remind their hearers of the impossibility of doing good works, and so, the second use is substituted for the third use that is in effect denied (244).”  This is very interesting because I have argued that the first presupposition of soft antinomianism is “that Paul's statement in Rom 7:14-25a describes what always happens in the Christian life.”  I explained that, “In the first presupposition the description provided in Rom 7:14-25a explains that Christians must expect to fail in their attempts to live in God pleasing ways.”  I have maintained that:


For soft antinomianism, Romans 7:14-25a describes what always happens in the Christian life.  It shows that Christians can’t live in godly ways and always fail.  Any language that exhorts or urges Christians to live in God pleasing ways and actually expects that people will do this contradicts what Paul says in Rom 7:14-25a.  Instead (see below) this language can do nothing except reveal the fact that Christians don’t do this.  It reveals their failures.   Romans 7 shows that Christians must expect to fail.

I find that Scaer is describing the same problem to which I have called attention, and labeled as soft antinomianism. This is no unicorn.