Mark's thoughts: The elephant in the room - Presuppositions of soft antinomianism 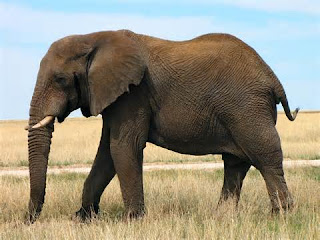 Soft antinomianism seeks to speak sharp accusatory Law that reveals the sins of hearers so that they repent.  Then the comforting word of the Gospel can be preached in order to deliver forgiveness.  In that movement from Law to Gospel the sermon has achieved its entire purpose. What soft antinomianism does not have as a goal in preaching is to guide and direct Christians in how they are to live because of Christ and the Gospel.  In fact it is even argued that this is not a legitimate focus of Lutheran preaching.

The question that needs to be examined next is that of why soft antinomianism operates in this way.  The presuppositions of soft antinomianism are the elephant in the room of the Lutheran church today.  They are deeply held beliefs, yet the extent of their impact in shaping Lutheran preaching is often not acknowledged. These presuppositions are twofold.  First, soft antinomianism believes that Paul's statement in Rom 7:14-25a describes what always happens in the Christian life.  Second, it believes that the Law always accuses, and that in accusing it does only one thing – it shows people their sin.

In the first presupposition the description provided in Rom 7:14-25a explains that Christians must expect to fail in their attempts to live in God pleasing ways.  Just before this text, Paul has explained how sin uses the Law as an instrument and perverts the intent of this holy thing (7:7-13).  In doing so Paul describes why the Law cannot be the answer to sin.

Then in 7:14 Paul writes, "For we know that the law is spiritual, but I am of the flesh, sold under sin" (ESV).  He goes on to express that while he agrees with the Law that it is good (7:16) the sin in him causes him to do the very things he does not want to do. (7:17, 19-20).  In several different ways the apostle states that he doesn’t do the thing he wants to do, and does the very thing that he doesn’t want:


Paul describes the existence of a Christian as one of internal conflict when he says:


So I find it to be a law that when I want to do right, evil lies close at hand. For I delight in the law of God, in my inner being, but I see in my members another law waging war against the law of my mind and making me captive to the law of sin that dwells in my members. (Romans 7:21-23 ESV)


Finally, Paul exclaims, “Wretched man that I am! Who will deliver me from this body of death? Thanks be to God through Jesus Christ our Lord! So then, I myself serve the law of God with my mind, but with my flesh I serve the law of sin” (Romans 7:24-25 ESV).  For soft antinomianism, Romans 7:14-25a describes what always happens in the Christian life.  It shows that Christians can’t live in godly ways and always fail.  Any language that exhorts or urges Christians to live in God pleasing ways and actually expects that people will do this contradicts what Paul says in Rom 7:14-25a.  Instead (see below) this language can do nothing except reveal the fact that Christians don’t do this.  It reveals their failures.   Romans 7 shows that Christians must expect to fail.

The second presupposition of soft antinomianism is that the Law always accuses, and that in accusing it does only one thing – it shows people their sin. The fact that the Law always accuses (lex semper accusat) is a basic truth of confessional Lutheran theology.  Apology  IV.38 explicitly states, “For the law always accuses and terrifies consciences” (Ap. IV.38).  All statements about how Christians are to live are inherently Law – they tell people what they are to do.  From the perspective of soft antinomianism such preaching can only do only one thing.  It will convict people of the fact that they do not do these things.

Since the Law always accuses and shows people that they can’t do, any attempt to exhort or admonish Christian about new obedience and good works can only lead people into the twin ditches of legalism: despair or works righteousness.  There is no way in which the Law can assist the individual Christian to do things that are right and avoid things that are wrong.  Soft antinomianism maintains that to suggest such a thing (as I will) contradicts a basic truth of the Lutheran confession and ultimately denies the Gospel since only the Holy Spirit can produce these things in a Christian.

While belief in these presuppositions is widespread, they are certainly wrong. They do not reflect what Scripture and the Lutheran Confessions teach.  To demonstrate this will require a presentation that goes beyond this one post, and I will take that up.  But first it seems helpful to set forth the basic lines of argumentation.

The first presupposition is wrong because Scripture and the Confessions teach that the Holy Spirit works regeneration and creates the new man.  Because of the work of the Spirit, the believer is a new creation in Christ.  While adherents of soft antinomianism certainly don’t deny this fact, they also fail to integrate what this means into their thought.  In particular the apostle Paul teaches that through the work of the Spirit the new man can do.  Until Christ returns or death, there is always a struggle against sin and the old man.  In this struggle, Christians can and do fail.  But it is simply not true that they will inevitably fail – that they can’t do.  This is not what Paul teaches in general and specifically it misses the point of what he is saying in Romans chapters 6-8.  It is worse yet to focus on this failure as if it is almost a good thing because it points us to Christ (there is even a line of thought present among Lutherans that only those who have sinned in profligate ways can really understand and appreciate the Gospel). Instead, with Paul we need to believe and confess that the work of the Spirit actually makes a difference in how we are able to live.

The preacher cannot in any way control how the Spirit uses the Law.  However, he knows that the Spirit can and does use it in these ways. Therefore the preacher employs the language of Scripture as he confronts sin and calls hearers to repentance.  He also employs the language of Scripture as he exhorts, encourages and teaches Christians to live in new obedience and do good works.  The Lutheran preacher needs to embrace both biblical ways of speaking because they are the model provided by the Holy Spirit in Scripture.  The primary error produced by soft antinomianism is that it hinders and prevents us from speaking in biblical ways.  In referring to "language of Scripture" and "biblical ways" I am not calling for a particular sermon structure (such as some kind of Law-Gospel-Law "sandwich" in which Law that calls to repentance and Law that exhorts to Christian life bracket the Gospel).  Instead I am simply arguing that like the New Testament, sermons need to include language that exhorts, encourages and teaches Christians to live in new obedience and to perform good works.  When a theological position leads us to believe that we should not speak like Scripture, it is a sure sign that this position is wrong.