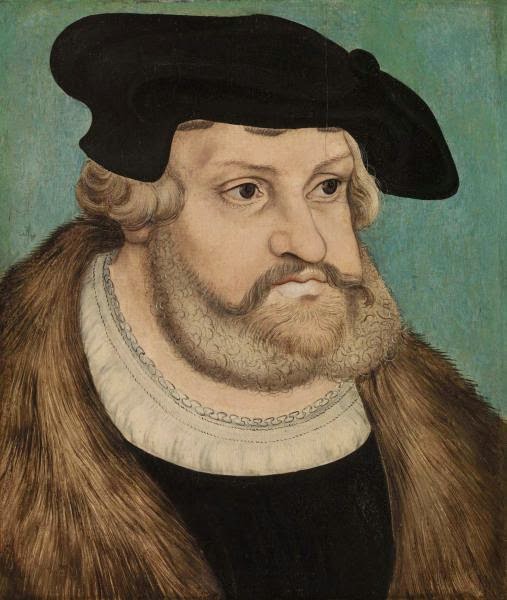 Today we remember and give thanks for Frederick the Wise, Christian Ruler.  Frederick the Wise, elector of Saxony from 1486 to 1525, was Martin Luther's sovereign in the early years of the Reformation. Were it not for Frederick, there might not have been a Lutheran Reformation. Born in Torgau in 1463, he became so well known for his skill in political diplomacy and his sense of justice and fairness that he was called "the Wise" by his subjects. Though he never met Luther, Frederick repeatedly protected and provided for him. In all likelihood he saved the reformer from a martyr's fate. Frederick refused the pope's demand to extradite Luther to Rome for a heresy trial in 1518. When Emperor Charles V declared Luther an outlaw in 1521 at the Diet of Worms, Frederick provided sanctuary for Luther at the Wartburg castle. On his deathbed, Frederick received the Lord's Supper in both kinds--a clear confession of the evangelical faith.

Collect of the Day:
Together with Fredrick and all your saints who now rest from their labors, we look forward to your future coming to usher in your new creation--a place free from sin and death, a place where all our voices will praise You without end for Your great glory. Until that appointed time, continue to sustain us in this certain hope throughout all our earthly days; through Jesus Christ, our Lord, who lives and reigns with You and the Holy Spirit, one God, now and forever.