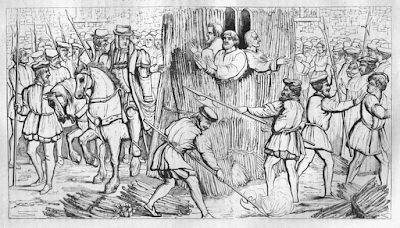 Collect of the Day:
Almighty God, heavenly Father, You gave courage to Your servant Robert Barnes to give up his life for confessing the true faith during the Reformation.  May we continue steadfast in our confession of the apostolic faith and to suffer all, even death, rather than fall away from I; through Jesus Christ our Lord, who lives and reigns with You and the Holy Spirit, one God, now and forever.
Posted by Surburg's blog at 9:13 AM