Mark's thoughts: The good news is that Jesus said it would be this way 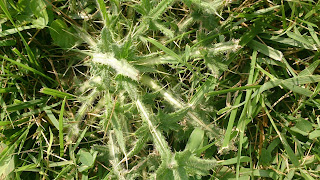 We know that we live in a time in which the Church no longer holds a position of respect in western culture.  Where the culture at one time was quite supportive of the Church in its general outlook and expectations, now it is instead often quite antagonistic.   Being a Christian in a world that denies there is any such thing as truth, and celebrates sexual sin of all kinds, is increasingly difficult.  It seems as if more and more we see people drift away from the Church.

These developments have caused much consternation in the Church.  It is only natural to ask, “What can we do to change this?”  While the prospects for altering the trajectory of our culture seem to be quite slight, people also question what can be done to bring more people into the Church and to prevent Christians from giving up the faith.  Sometimes, the answer given is that the Church needs to change in order to be “more relevant” to the world.  Since the Enlightenment of the eighteenth century, Christians have engaged in the project of trying to make the Church more acceptable to the world.  However, the end result of this is always that the Church ends up becoming like the world, and when the Church seems so much like the world people rightly conclude that they don’t need the Church.

When consideration focuses on Christians who drift away from the Church and end up having no relationship to her, there is a strong tendency to blame the Church.  The questions are asked: What could the Church have done to prevent this?  What does the Church need to do differently or better in order prevent others from being lost?

It is always important to consider these questions honestly.  We will find areas where the Church needs to do a better job.  We have not emphasized sufficiently that responsibility for raising children in the faith and forming Christians for life is first and foremost the responsibility of parents in the home.  The Small Catechism was never meant to be turned into a junior dogmatics textbook used only in instruction at Church.  Again and again, the sections of the Small Catechism begin with the words, “As the head of the family should teach it in a simple way to his household.” The Church is a key support in this process, but where parents do not take responsibility for teaching the faith to their children in what they say and do, we cannot be surprised if they drift away from the faith as young adults.

Likewise, the Church has been guilty of “dumbing down” the content that is taught to children and youth.  While academically we expect that the school setting should advance the learning and challenge students, in Church we often are satisfied with a repetition of very basic content. This can leave youth entirely unprepared for the intellectual challenges presented by our culture which they are certainly encountering in high school, and await them with crushing pressure at college.

The Church must always seek to do her best … and then better.  We are grieved by the loss of Christians who drift way.  But as we consider this, we must also remember that the Lord Jesus has already told us how things are going to happen.  In the Parable of the Sower said:

When the disciples ask our Lord about the meaning of the parable he said:

We should immediately be struck by the fact that two thirds of the seed that results in faith does not ultimately prove to be fruitful – it does not last.  In our day “tribulation and persecution” does not mean imprisonment or death.  Instead, it means cultural disapproval.  It means being labeled as “intolerant,” or “homophobic or “on the wrong side of history.” This proves too much for some Christians, and they fall away.  The “cares of the world and the deceitfulness of riches” are all the false gods that surround us.  The gods of self-autonomy, of independence and the freedom to focus on one’s own beliefs and desires, and of cultural affirmation, all choke the Word of God.

Jesus Christ said that there would be people who would hear the Gospel, believe, and then fall away.  So why are we surprised when this is exactly what happens?  We are saddened, but we should not be surprised.  We do all we can to prevent this from happening to individuals, but we can’t make the mistake of believing that the Church is always responsible because of what she did or did not do. The Lord Jesus said this would happen, and if we believe his word, then we must accept that this will be a reality in the life of the Church.

However, that is not all Jesus said, and truly, it is not the most important part. He also said, “As for what was sown on good soil, this is the one who hears the word and understands it. He indeed bears fruit and yields, in one case a hundredfold, in another sixty, and in another thirty” (Matthew 13:23).  Jesus’ promise is that despite the apparent wastefulness of the sower and the loss that occurs, the end result is an abundant harvest.  God’s Word of the Gospel does not fail.  It does not fail because it is the word of the crucified and risen Lord.  Christ has promised that it produces fruit, and so we can operate in the confidence that this is exactly what it does.

Are we saddened by the seed that does not last and bear fruit? Yes.  Do we seek to avert this result whenever and however we can? Yes.  Will people still drift away from the faith? Yes.  And the good news is that Jesus told us it would be this way, because he has left no doubt that his word is producing and will produce an abundant harvest.  The parable ends on a note of encouragement and hope.  These should guide the way we think about how things are going and how they will turn out, for they are the words of the risen and ascended Lord.  He is not, and will not, be wrong.