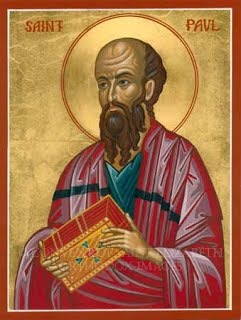 Based on my work in Pauline studies, I had assumed that this preponderance of exhortation to new obedience and good works in Paul’s letters addressed to Christian congregations made it obvious that such language should also be a regular part of Lutheran preaching.  However, I was soon surprised to learn that some Lutherans do not share this view.  While they acknowledge the presence of this kind of material in Paul’s letters, they do not believe this fact should guide and direct our preaching. One reason for this is the assertion that Paul’s letters are not sermons.  Often this material in Paul is described as “teaching” and so while a pastor will speak about this in catechesis and Bible class, it does not belong in a sermon. The argument that Paul’s letters are not sermons becomes a way to avoid talking like Paul in our sermons.

However, such a position about Paul’s letters demonstrates a lack of awareness about the extensive research that has been done on ancient letter writing and epistolary practice.  This research informs Greidanus’ statement when he writes: “Paul’s letters may also be characterized as long-distance preaching” (Sydney Greidanus, “Preaching from Paul Today” in Dictionary of Paul and His Letters, 738).

Paul’s letters are oral communication addressed to the Christian congregation. The letters were composed orally as Paul spoke them to a secretary (amanuenses), just as we see in Tertius’ statement  (Rom 16:22) and concluding statements where Paul identifies his own writing (2 Thess 3:17; Gal 6:11; 1 Cor 16:21; Col 4:18).  We know for certain that a system of Latin shorthand existed in the first century A.D., and a strong case can be made that a Greek one also existed (see E. Randoph Richards, The Secretary in the Letters of Paul, 26-43).  A person could dictate the letter to a secretary who recorded it verbatim.  He could dictate the sense and content of the message, and the secretary then gave it the final form.  One could also tell the secretary to write a letter in a person’s name using the stereotyped form of Greco-Roman letters (William G. Doty, Letters in Primitive Christianity, 41). The first two options fit best with what we know of Paul’s letters.  While we would assume that Paul used the first option, it is at least possible that the second option is a factor in stylistic differences that have been identified in Paul’s letters (though other explanations are also possible).

Koskenniemi has identified parousia or “presence” as a key aspect of Greek letter writing.  For example, Proclus (#2) stated that a “a letter writer should write ‘to someone not present as if he were present’” (Doty, Letters in Primitive Christianity, 12). More specifically official letter writing in the Greek world provides some of the background for understanding Paul’s letters.  Stirewalt notes that, “The idea of parousia, the projection of the official’s person, the sense of his felt presence, and the transmission of his authority is fundamental in official letter-writing” (M. Luther Stirewalt, Studies in Ancient Greek Epistolography, 5).  Robert Funk has called attention to the manner in which Paul’s letters operate in the same way as they convey the presence of apostolic authority and power (Robert W. Funk, “The Apostolic Parousia: Form and Significance,” 249-268 in Christian History and Interpretation: Studies Presented to John Knox).  Doty comments about Paul and his letters:


He wrote letters to function as substitute communications necessitated by his spatial distance from his churches.  Paul’s natural way of being with the congregations is in person – hence the element Funk identifies as the apostolic parousia suggests the compromise Paul finally reached. Unable to be present in person, his letters were a direct substitute, and were to be accorded weight equal to Paul’s physical presence. (Letters in Primitive Christianity, 36)

Paul’s letters were composed orally, and then they were delivered orally to the Christian congregation in the setting of worship.  Paul's intention and expectation about his letters is clear in Col 4:16, “And when this letter has been read among you, have it also read in the church of the Laodiceans; and see that you also read the letter from Laodicea.”  John White, a noted authority on ancient letters states:


Paul always wrote in his capacity as an apostle; and, with the possible exception of Philemon, his letters were communal in nature, intended to be read aloud to the Christian communities which he addressed.  That Paul envisioned the worship setting as he composed his letters is evident in the manner in which he altered customary conventions and/or by the way in which he used Christian formularies as a substitute for set epistolary phrases. That is to say, even if the liturgical setting was not constitutive of the sequence in which Paul employed such elements, it is nonetheless illustrated by the opening prayers of thanksgiving and blessing, the summarizing doxologies, the embedded hymns and confessions, the appeals to Scripture, the catechetical types of instruction (paraenesis) and the closing grace benediction (John L. White, “Saint Paul and the Apostolic Letter Tradition,” Catholic Biblical Quarterly 45 [1983]: 436-437).


Paul and other early Christian epistolographers intended their letters to be read aloud to the congregations to whom they were addressed (1 Thess. 5:27; Col 4:16; Rev. 1:3; 22:18; for an analogous practice in Judaism, cf. 2 Baruch 86.1). This intended setting accounts for the inclusion of liturgical formulas in Christian letters.  Since these formulas were derived from Christian worship, they enabled letters to fit comfortable into liturgical settings (David E. Aune, The New Testament in Its Literary Environment, 192; Aune cites examples 192-194).

Paul’s letters are therefore meant to be the equivalent of Paul speaking to the congregation gathered in worship. Paul composed them as he spoke and they were read aloud. Doty comments:


Since the letters were composed of what Paul wanted to say orally, there was no restricting formula for writing letters any more than there was any one standard preaching formula, and the Pauline letters display a natural and unstudied diversity.  Paul was not writing literature in the book sense; he was writing what he wished he could say in person, and traits of his oral presentation come through from time to time (Doty, Letters in Primitive Christianity, 44-45).

Since the appearance of Hans Dieter Betz’s commentary on Galatians in 1979, scholars have attempted to interpret Paul’s letters according to the criteria of ancient rhetoric – that is, according to the conventions that ancient rhetorical handbooks such as Quintilian’s Institutio oratoria provided for speeches. There are significant problems with this approach (see Mark P. Surburg, “Ancient Rhetorical Criticism, Galatians and Paul at Twenty-five Years,” Concordia Journal 30 [2004]: 13-39).  Paul speaks in his letters, but he shows no evidence of sophisticated rhetorical training (35).

Research into ancient epistolary practice and work with Paul’s letters reveals to us that in a letter Paul is speaking to a congregation in the setting of worship, as if he himself were present. Their epistolary form never goes away, and so it is understandable that in our twenty-first century setting we sense they are different from what we think of today as a sermon.    But in the setting of the first century A.D. this epistolary form conveyed the opposite impression.  Hearers received it as the apostle present and speaking to them in worship, just as we experience a sermon today.

A common distinction made by those who want to avoid the implications of the exhortation in Paul's letters is that the letters are not preaching like a sermon, but instead they are teaching.  The implication of this is that while Lutherans will certainly include the content of Paul's exhortation in teaching settings today like Bible class and Catechesis, it does not belong in the preaching of the sermon.

However, this is an anachronistic and erroneous view that says more about our own twenty-first century setting than about preaching in the early Church.  The distinction between "preaching" and "teaching" did not exist in the early Church.  Doctrinal content and teaching about the Christian life were shared and taught in preaching.  Not surprisingly, "In Christian Latin from the 4th c., sermo refers to any kind of preaching, whether catechesis in the strict sense, exegetical interpretation, paraenetic admonishment, circumstantial religious address, or explanation of a rite" (Reginald Gregoire, "Homily" in Encyclopedia of the Early Church, 1:394).  The catechetical and mystagogical preaching Cyril of Jerusalem, Ambrose and Theodore of Mopsuestia are excellent illustrations of the way preaching was the medium through which teaching was shared.

What we know as a sermon is preaching that expounds a particular text from Scripture and applies it to the congregation that is listening.  We do not possess any example of this from the first century A.D.  It is possible that Paul described something that looked like this when he wrote to Timothy, "Until I come, devote yourself to the public reading of Scripture, to exhortation, to teaching" (1 Tim 4:13).  Naturally the New Testament was being written during the first century A.D. and the canon of Scripture was in the process of formation.

We find evidence of what we would recognize as a sermon in Justin Martyr's First Apology (ca. 150 AD) where he describes how on Sunday morning, "The memoirs of the apostles or the writings of the prophets are read for as long as time allows.  When the lector has finished, the president addresses us and exhorts us to imitate the splendid things we have heard" (67).  Unfortunately we have almost no second century A.D. sermons except Melito of Sardis' "On the Passover" (second half of the second century A.D.) which reflects on Exodus 12 and Clement of Alexandria's "Who is the rich man that will be saved?" (second half of the second century A.D.) which is based on Mk 10:17-31.  Only in Origen (beginning of the third century A.D.) do we have a large number of homilies on texts from many books of the Bible.  Lienhard comments that "it would not be wrong to call Origen the 'father of the Christian homily.'  He preached homilies on most of the Bible, and his homilies influenced preachers for centuries after his death" (Origen: Homilies on Luke, xviii) (in the patristic period the difference between a sermon and a homily [sermo and homilia] was not well defined). This influence included Ambrose, whose preaching made such an impression on Augustine.

When defined in this way, Paul's letter are not sermons.  Though they do interpret and apply Scripture to the hearer, they are not based on a particular text from Scripture as they seek to expound and apply this Word of God in proclamation  Instead, of course, Paul's letters are Scripture that is being produced in their writing through the inspiration of the Holy Spirit.  They are the Word of God that is being proclaimed orally through his letters to the congregations that hear them. But by doing this they differ little from what we know as sermons.  They are in fact "foundational sermons" from which our sermons are derived. This is true when pastors preach sermons based on particular texts from Paul's letters.  It is also true when Paul's manner of addressing Christians (such as the exhortation to new obedience and good works) provides the model of address for our sermons.

In their epistolary form and the fact that Paul's letters aren't based on a particular text of Scripture, we see differences from what we know as a sermon.  However in the first century A.D. Greco-Roman setting in which they were written, the epistolary form was received as the equivalent of Paul speaking to them in worship.  Paul's letters aren't based on a text of Scripture.  They are instead Scripture being produced under inspiration of the Holy Spirit as they are written.  But as he proclaims God's Word through his letter, Paul is doing the very thing that we do in our sermons today.  In the words of the inspired apostle, we find the way we should speak to Christians in our sermons.