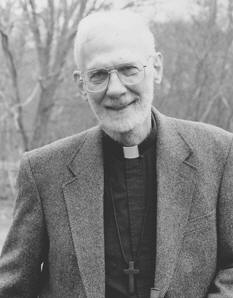 Recently a quote from Episcopal priest and author Robert Capon has been making the rounds on social media as it is shared and liked by Lutheran pastors and laity.  In it Capon says:

It’s not hard to understand what these Lutherans find appealing about Capon’s statement.  It seems to resonate with the distinction Francis Pieper makes between the religion of the law and the religion of the Gospel.  While every religion speaks in the way of the Law about what people must do, only Christianity speaks in the way of the Gospel about what God has done for us in Christ.  In the same way, Capon’s statement seems to reject that understanding of Christianity that is very prevalent in American evangelicalism – the notion that the prime focus of Christianity is holiness of life.  The problem is that the statement is demonstrably false, and the fact that Lutherans find it appealing illustrates a sickness in confessional Lutheranism.

The statement is false for two reasons.  First, the New Testament certainly does tell people not to sin and devises lists.  This is so obvious that I won’t belabor the point.  Paul writes in Col 3:5-10:


Put to death therefore what is earthly in you: sexual immorality, impurity, passion, evil desire, and covetousness, which is idolatry. On account of these the wrath of God is coming. In these you too once walked, when you were living in them. But now you must put them all away: anger, wrath, malice, slander, and obscene talk from your mouth. Do not lie to one another, seeing that you have put off the old self with its practices and have put on the new self, which is being renewed in knowledge after the image of its creator. (ESV)

Second, the world does not know what sin is.  It does not know what is right.  One need look no further than the Sixth Commandment to see this.  In increasingly aggressive ways our culture asserts that sex can be used in any way people choose as long as it pleases them.   Fornication, cohabitation, pornography, homosexuality, “same sex marriage” and even transgenderism are considered normal and acceptable.

Capon’s statement is false.  Perhaps it is not surprising to find it coming from an Episcopal priest.  After all, the Episcopal church seems to have accepted almost every kind of sexual perversion.  But it is surprising to find that confessional Lutherans do not perceive this and instead have shared and liked it.

The fact that they have speaks to a dangerous orientation present in the Lutheran church today.  I have written at length elsewhere about soft antinomianism.  I have described that this is an inability and even a refusal to preach about new obedience and good works.  It does not exhort, admonish and teach in sermons about how Christians are to live because of what Christ has done for us.  But lurking beneath soft antinomianism is a true and full blown antinomianism seeking to come out.

This fact has been on my mind because recently a post on a prominent confessional Lutheran blog used the HBO program “Game of Thrones” in order to make a point about vocation.  The author began by acknowledging that some people would object to a Christian watching Game of Thrones because of the explicit sexual content.  However, he dismissed this concern for his own life and went on to use a character in the show to make a point about vocation.

This acceptance reflects the ongoing pornification of our culture.  But the discussion surrounding this post also demonstrated the antinomian currents present in modern Lutheranism – even confessional Lutheranism.  Lutherans pastors were unwilling or unable to come out and say that Christians should not watch pornography such as Game of Thrones.  Instead, it was described as a matter of “Christian freedom and conscience.”  In fact, it was even suggested that rather than focusing on whether it was appropriate for a Christian to watch a show that is rife with pornography, a better question to ask is how elements from a show like Game of Thrones can be used to deliver Jesus.

Thankfully, I trust that the Lutherans sharing and liking this do not accept the sexual immorality that Scriptures condemn as sin.  But when a quote like this is shared as an insightful and laudable theological statement, antinomianism and its twin, Gospel reductionism, are afoot.  It’s not surprising to learn that some Lutherans describe watching porngraphic content as a matter of “Christian freedom.”